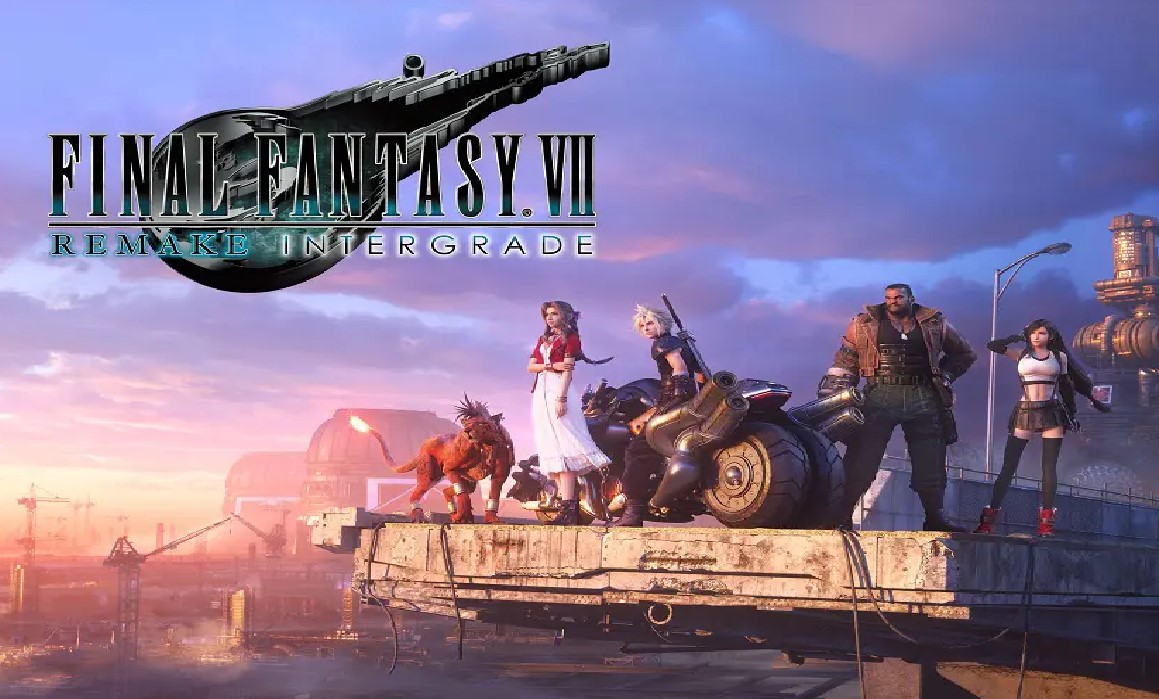 FINAL FANTASY 7 REMAKE INTERGRADE takes the player to the Midgar metropolis led by the Shinra corporation. The company is engaged in the extraction of mako – a substance that feeds the planet with the energy of life, without which it will perish. Avalanche terrorists try to blow up mako reactors. Cloud Strife is a mercenary and former member of the SOLDIER Special Forces. The events that will happen to the hero will force him to reconsider his attitude to what is happening.

The action takes place in Midgar. The Virtual Universe is huge and divided into zones with separate mechanics. On one location, you need to solve puzzles by moving the boxes with the help of mechanical hands, on the other, you have to test your own sense of rhythm and reaction speed. Passage is carried out along straight corridors, where you need to punch your way through the crowds of enemies, moving along the intended trajectory. There are also open locations where side quests are taken. The tasks are to exterminate monsters in already passed territories, search for disappeared cats, collect children for lessons.

The relationship between the characters is built in the process of passing, where they are able to interact with each other. All of them can block, dodge blows for their own protection. The attacks performed and the identification of enemy vulnerabilities fill a special Stagger-scale, which is spent on special moves, spells and items. The battles take place in real time, where tactics are combined with violent battles. Here you need to use the capabilities of the combat system: exterminate individual opponents with certain characters, switching between them in the process.

At the heart of the pumping is the system of matters, thanks to which you can experiment with the playing style. The gamer puts spells, creatures, passives and special moves in the weapon slots. The slots themselves are few, so one hero is limited to certain abilities, for example, a healer. Weapon pumping is linear and is performed using skill points, which are used for passive bonuses – increasing parameters, creating a slot for matter.