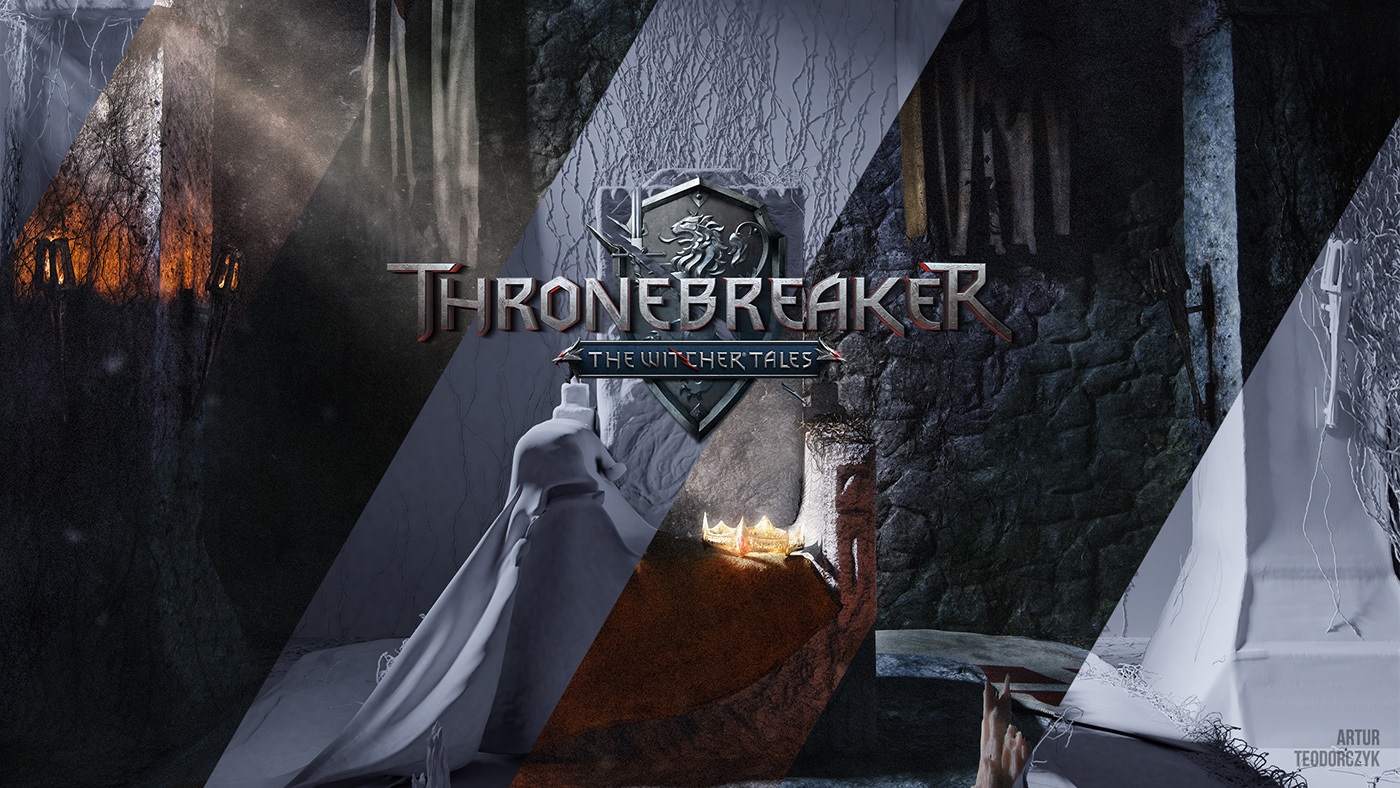 Thronebreaker: The Witcher Tales
Discover a brand new RPG from the creators of The Witcher 3: Wild Hunt. Facing an imminent invasion, Meve — war-veteran and Queen of Lyria and Rivia — is forced to once again enter the warpath and set out on a dark journey of destruction and revenge.

ABOUT GAME
The Witcher World is Back!

“Superb” – 9/10 – GameSpot
Thronebreaker is a single player role-playing game set in the world of The Witcher that combines narrative-driven exploration with unique puzzles and card battle mechanics.

Crafted by the developers responsible for some of the most iconic moments in The Witcher 3: Wild Hunt, the game spins a truly regal tale of Meve, a war-veteran and queen of two Northern Realms — Lyria and Rivia. Facing an imminent Nilfgaardian invasion, Meve is forced to once again enter the warpath and set out on a dark journey of destruction and revenge.
FEATURES

AN ALL NEW EPIC TALE
Experience an all-new 30-hour Witcher world tale with 20 possible world end-states.
Embark on a grand adventure full of thought-provoking quests.
Influence the state of the world around you by making difficult choices and face their consequences.
Meet a cast of rich, multidimensional characters — some of them will join you on your quest, others you’ll have to face on the battlefield.

Gameplay
In Thronebreaker’s 30-hour long campaign, the player takes the control of Queen Meve, the ruler of Lyria and Rivia, during the events that precede The Witcher video game. As the leader of one of the northern kingdoms, Meve leads a small opposition force who must battle and build alliances to take the north back. The game has a system of choices and consequences that will shift the story (fully voice acted and narrated by an entity called Storyteller in a different direction, or affect the gameplay.

The game world consists of five regions never explored in The Witcher franchise before: Rivia, Lyria, Angren, Mahakam and Aedirn. Exploration happens across a number of large maps with an isometric perspective similar to Baldur’s Gate. Queen Meve’s army is represented by a customizable deck of cards and combat takes place in matches similar to “Gwent” with a few differences.

Each player takes a turn to play a single card from their hand, or pass and end their turn. Different cards have different values, some have special abilities that interact in many ways. Whoever has the highest total value on the board after both players hit pass wins the round. After a single round, all played cards are discarded and new cards are drawn instead. The goal is to win two of the three rounds.

Maintaining alliances is crucial to the gameplay. The hero cards are present only as long as allies are with Meve and will leave the deck as soon as they depart the party.