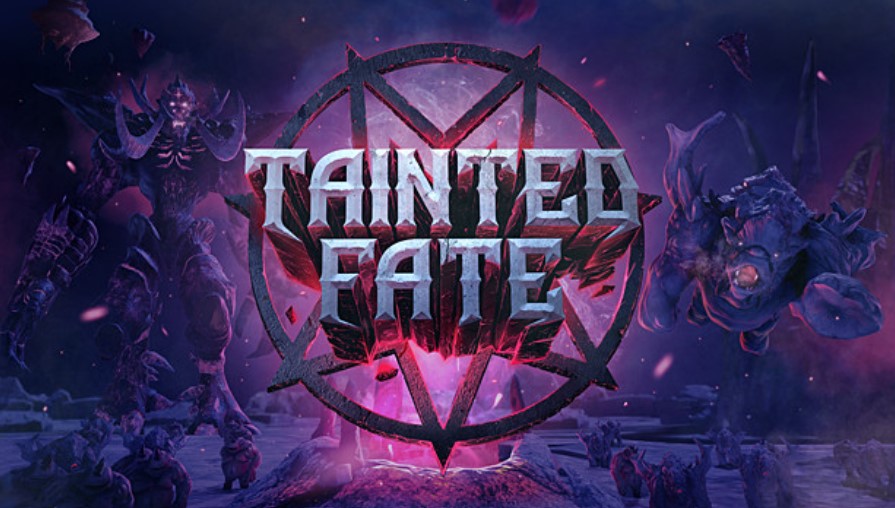 Tainted Fate is a first-person demonic bloodthirsty slasher in which players are invited to play the role of a bloodthirsty and very cruel demon. The demon Decarabius was summoned from the depths of Hell in order to subjugate himself, but he does not agree with this and will now do everything possible to regain his boundless powers and return to Hell, crushing everyone who gets in his way. Well, now you will help him in this difficult matter.

At the very beginning, your enemies will be only ordinary mortals, with whom you can do whatever you like. You can teleport right into them and tear them apart from the inside, crush them with huge paws and claws, destroy them by throwing them against walls or into abysses, tear off their limbs and heads, let out their guts – everything that fantasy only craves is possible here. Well, then you will have to face more terrible enemies. For example, you will be confronted by huge hellspawn demons, giant spiders, and monsters that make you feel uncomfortable. And what’s even cooler – you can also deal with them the way you want. even in the most bloody ways.

You will have few abilities, but with each new level and location you will be able to acquire something new. Moreover, you will become stronger in general, which will allow you to deal with enemies even faster. In addition to everything in Tainted Fate, you can create real horror, seeing everything with your own eyes and controlling the paws of the demon personally, using virtual reality glasses and controllers. Embark on a series of bloody battles, fight people and huge demons, and by all means destroy everyone who gets in your way.