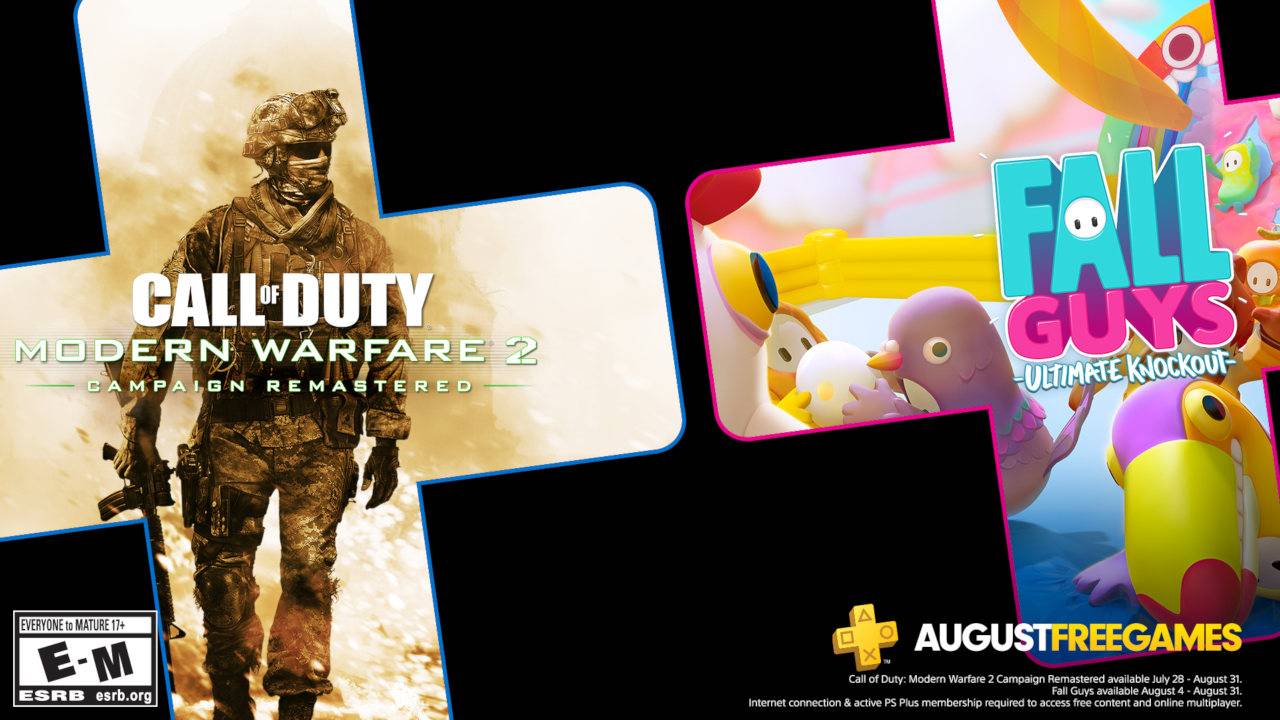 Call of Duty: Modern Warfare 2 Remastered and a new multiplayer game are free for PlayStation Plus subscribers next month.

PlayStation has revealed the next pair of freebies for PlayStation Plus subscribers. Call of Duty: Modern Warfare 2 Campaign Remastered is free starting tomorrow, July 28. On August 4, you can pick up Fall Guys: Ultimate Knockout, a new online multiplayer game. Both games will be free until August 31.

Modern Warfare 2 Campaign Remastered, as the name suggests, is a re-release of the single-player campaign of the 2009 Infinity Ward hit. It just launches in March and marks the second time in the past few months that a Call of Duty game is being added to the PlayStation Plus program; Call of Duty: WWII was free in June. It also happened to be added to the program before its month officially began. Though it’s disappointing the remaster didn’t include the game’s excellent multiplayer suite, Modern Warfare 2 has one of the best campaigns in the series, and it looks great on PS4.

Meanwhile, Fall Guys: Ultimate Knockout is a brand-new multiplayer game published by Devolver Digital that launches August 4. Though it’s priced at $20, PlayStation Plus subscribers can grab it for free on launch day.

The game pits you and up to 59 other players against each other in one of the sillier and lighthearted battle royales thus far. You play as funny little creatures who have terrible balance. Fall Guys is bright, colorful, and packed with chaotic action. Each match features a variety of challenges and obstacle courses. Some of them are played solo, while others team you up with other players. You’ll be able to customize your character with a bunch of different outfits, too.

You still have until August 3 to grab July’s trio of PS Plus freebies: Rise of the Tomb Raider, NBA 2K20, and Erica.

Get $174 Worth Of Steam Games For $15 In New Bundle
PlayStation Store Kicks Off Huge July PS4 Games Sale
PS5 Pre-Order Guide: Retail Listings, DualSense Controller Info, And More
Here’s Where You Can Get A Nintendo Switch Lite
All The Free Game Promotions You Can Claim On PS4, Xbox One, PC, And More
Best Budget Monitors Under $200 – Cheap Monitors For Working From Home