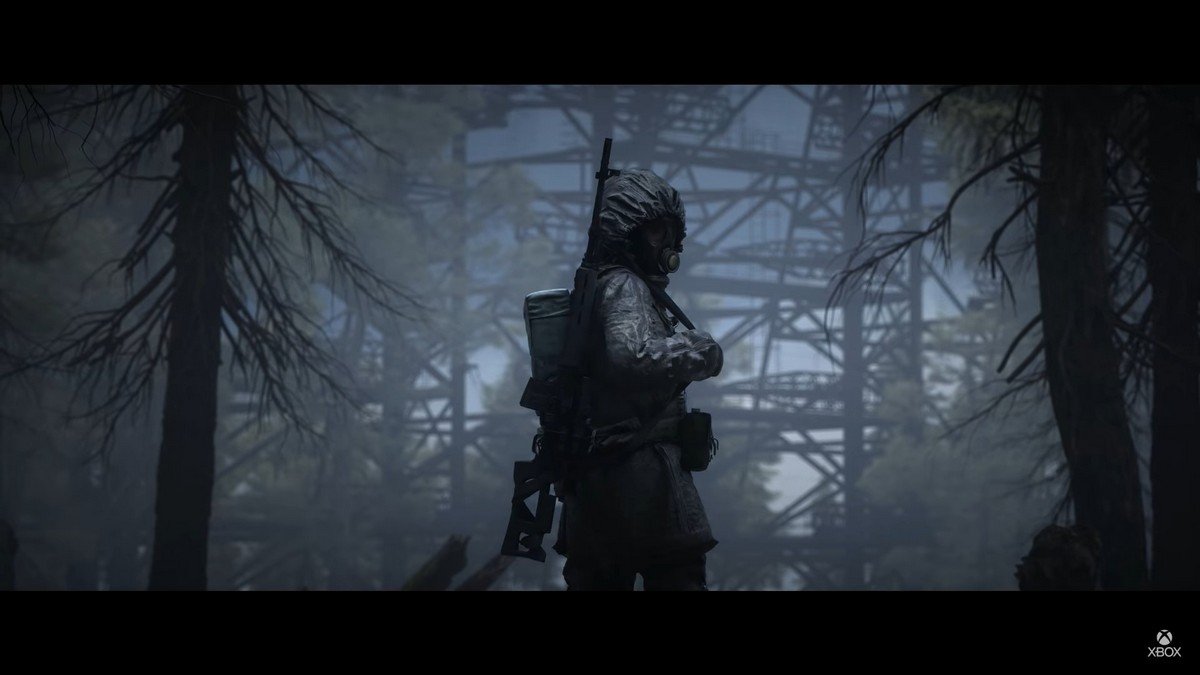 On Thursday, July 23rd, Microsoft hosted the Xbox Games Showcase featuring a selection of games for the next generation Xbox Series X. The company showcased games created by its Xbox games studio, including Halo Infinite.

The event was held online and began at 19:00 Kiev time. This is reported by Informant Tech , referring to the Xbox YouTube channel .

The event showed a lot of excellent projects, but we will start with the most long-awaited and beloved one. Ukrainian studio GSC Game World presented the first trailer for STALKER 2. The video shown during the Xbox Games Showcase online presentation showed several locations from the game, as well as anomalies and NPCs sitting around the fire (just like in the first “Stalker”). It is known that STALKER 2 will be released on the new Xbox Series X and PC and will be immediately available for free to Xbox Game Pass subscribers. The game will become a temporary Microsoft exclusive, notes DTF – this means that the game will appear on the PlayStation 5 later than on the Xbox Series X (it will not be released on the current generation consoles at all). Earlier it was reported that the new STALKER 2 will be released in 2021. In information, published on the website of the game after the release of the trailer, says that the developers “are not yet ready to disclose the release date.” The same page provides some details about the game. The trailer shown at the Xbox launch is based on the game engine and reflects the “level of graphics and atmosphere” that the developers intend to achieve. STALKER 2 will be an open world game, and the player’s actions will have “global consequences”. Halo Infinite, Obisidan’s Big RPG, and Long-awaited STALKER 2: Showcase at Xbox Games Showcase

The event itself began with the developers showing 8 minutes of Halo Infinite gameplay. The video showed an open world and a grappling hook. It is known that the story campaign of the game will run at 4K and 60 frames per second. The game will be released on New Years Eve on Xbox Series X, Xbox One and Windows 10 (Microsoft Store, Steam).

State of Decay 3 is the third installment of the zombie-action adventure game with a third-person view and survival elements from the studio Undead Labs, the release date has not yet been announced. The project will be exclusive to Xbox Series X and PC.

Obisidan studio presented several projects at once. Grounded – a game in the style of “Darling, I Shrunk the Children” from Obsidian Entertainment will be released on July 28 and will tell about the survival of a group of shrunken children in a huge world for them. The company also unveiled a story expansion for The Outer Worlds and a teaser for a large RPG called Avowed .

Ori and the Will of the Wisps will be updated for the Xbox Series X. The project will receive a mode with 120 frames per second, native 4K and “premium sound”.

Fable will restart on Xbox Series X and PC. The project is in charge of Playground Games, which donated Forza Horizon. Unfortunately, the gameplay was not shown at the presentation, but only a short trailer. Players are promised a new world with fantastic creatures and wonderful places. At the end of the trailer, a voiceover noted that “your story has yet to be written.” Apparently, this is such a hint that in the restart, gamers will be able to create their own character, and the plot will be non-linear. There is no release date for the Fable relaunch, but Microsoft has already announced the platforms – Xbox Series X and Windows 10. Halo Infinite, Obisidan’s Big RPG, and Long-awaited STALKER 2: Showcase at Xbox Games Showcase

Destiny 2 will be optimized for Xbox Series X. The game will run on the new console at 4K 60 fps and will also appear in Game Pass.

Warhammer 40,000: Darktide Announcing Trailer – atmosphere, hordes of zombies and teamwork in the style of Warhammer.

Remedy has presented a trailer for the CrossfireX story campaign , Phantasy Star Online 2 will receive a major update, people from Quantic Dream are working on As Dusk Falls , and Psychonauts 2 has got a trailer with Jack Black.

In addition, all games presented at the presentation will be available either as part of Game Pass or absolutely free. The full video of the broadcast is available below.